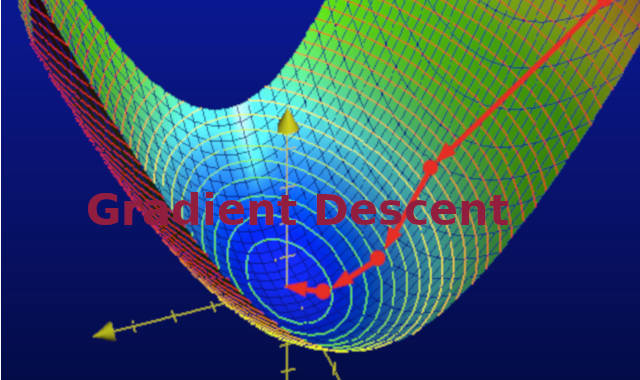 It is near to impossible to explain gradient descent without using mathematical terms. So in this post we will use a bit calculus to derive certain concepts but we will try to do it in an interesting way.

What is Logistic Regression?

Logistic Regression is a learning algorithm we use in binary classification problems like cat or not cat, dog or not dog or spam or not spam. The Logisitic Regression concept we need in supervised learning problems can be expressed in simple mathemetical terms:

Given a pic of a dog, what is the probability that it is a dog? This can also be stated as

Here it would be helpful to understand what kind of input \(X\) are we talking about. First have a look the pic below:

The left most pic is what we see and the three-dimensional matrix is what the computer sees as the cat and rightmost column matrix is how we feed in the pixel values of the pic as input vector \(X\).

In the last post, we also derived an output equation of a basic (unit) neural network as:

And this equation perfectly defines a logistic regression model.

Now considering the above, the logistic regression model works as shown in the following pic: 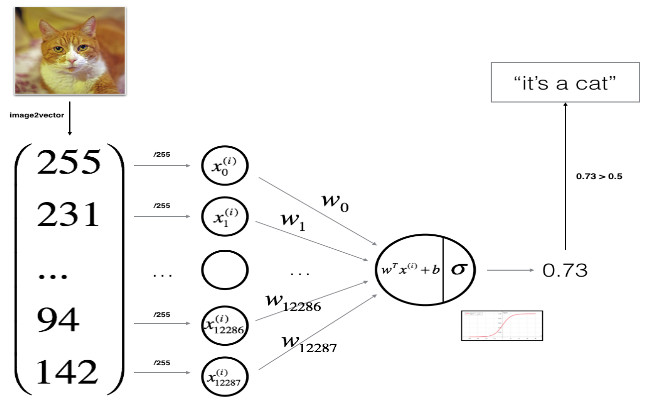 You can see that logistic regression model is actually a very simple(unit) neural network. The model predicted that it is 73% sure that it is a cat.

This is not complicated as it may seem to be. The idea is that:

Now for \(m\) labelled examples or training examples, we define something called cost function as shown below:

The Cost Function is the main thing in Learning Algorithms because it tells us how good are our parameters in making accurate predictions. For the purpose of illustration, consider the following plot:

This is a plot of cost function \(J(w,b)\) with respect \(w\) and \(b\). Now suppose we are at a random point J(w,b). The question is can we know in which direction should we move in order to reach the minimum? The answer is gradient because the gradient points in the direction of greatest increase. For curious cat and advanced learners, you may refer this post. And consequently, the negative of the gradient gives us the direction of the steepest descent. This means that \(-\frac{\delta}{\delta{w}}J(w,b)\) and \(-\frac{\delta}{\delta{b}}J(w,b)\) will give us the direction in which we need to move to reach the minimum of \(J(w,b)\). So one step of gradient descent would look like:

Where \(\alpha\) is usually a small fraction(like 0.01, 0.1, 0.001) that tells us how much should we move at each step of gradient descent. This parameter is called Learning rate. Now how do we decide the best value of \(\alpha\)? Well, there is a whole art of doing that but it is not part of this post.

So this is how we learn the parameter values \(w\) and \(b\). There is a lot of subtle details I have not mentioned for the sake of simplicity and overall idea. Moreover, this is only the second post and the purpose is to inspire you with core idea so that we can confidently go into the details. And again, the equations derived here can be best appreciated when we implement them in actual programming. In the next post I will show you how to implement gradient descent with python/numpy. Till then, have a great time Exploring. 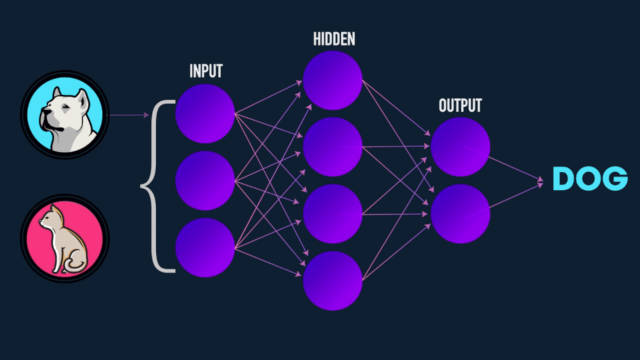 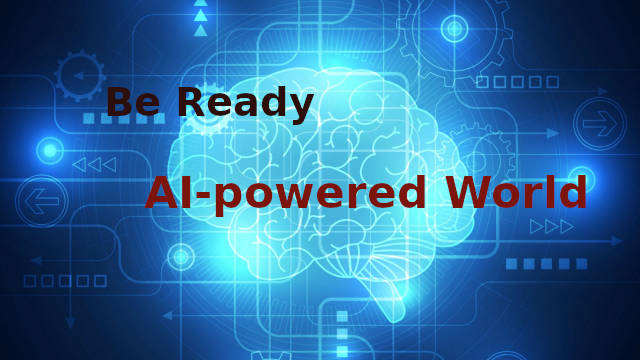